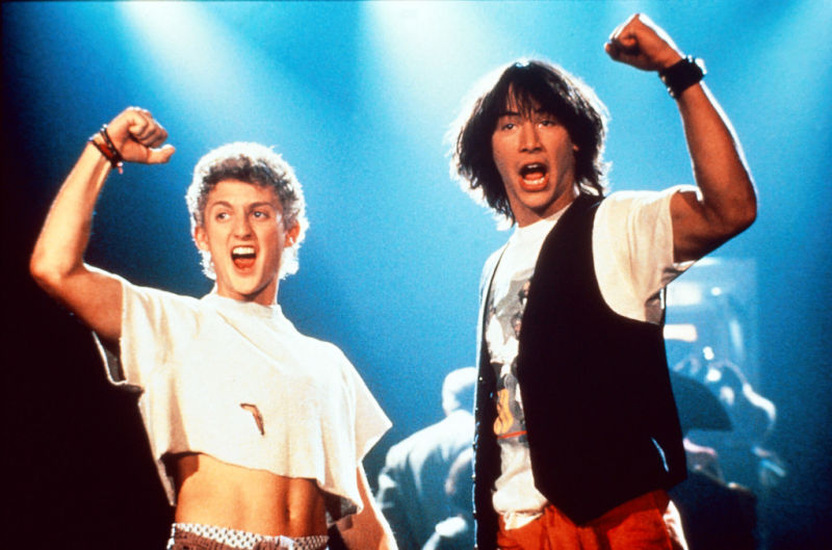 While I haven’t read it, I imagine the screenplay for Bill & Ted’s Excellent Adventure to be the greatest literary achievement of man.

How I imagine the script coming into being was that screenwriters Chris Matheson (who also wrote A Goofy Movie; drink!) and Ed Solomon (Men in Black) were high and getting munchies at the local Circle K, and they may or may not have had a strange encounter in the parking lot with a bum and/or George Carlin. One of them said this line:

And they knew they had a mandate from a higher power, a mission, a quest, that they needed to write a movie based on that one line, which is one of the greatest lines in the history of film. Bill & Ted’s Excellent Adventure actually has 7 of the best 12 lines in all cinema (“You killed Ted, you medieval dickweed!” is one of the others). Most triumphant.

The film spawned an almost as bodacious sequel in Bill & Ted’s Bogus Journey. Plus, a most racist cartoon series, Bill & Ted’s Excellent Adventures:

A most delicious cereal:

A most homophobic/racist/virulent show at Universal Studios:

Plus it spawned Keanu Reeves’ career, one of the most wonderful and puzzling phenomenons in the universe. Alex Winter’s career has just begun.

Bill S. Preston, Esquire and Ted Theodore Logan of Wyld Stallyns fame are American heroes as rarefied and important as the historical figures they snatch up from time for their history report. Those would be Joan of Arc, Napoleon, Gengis Khan (“This is a dude who, 700 years ago, totally ravaged China, and who, we were told, 2 hours ago, totally ravaged Oshman’s Sporting Goods”), Sigmund Freud, Billy the Kid (Mr. The Kid, who deals “with the oddity of time travel with the greatest of ease”), So-cratz, Beethoven and Abraham Lincoln, by the way. Until writing this post, I was convinced that Ms. of Arc was played by Winona Ryder. Apparently, that was Jane Wiedlin of The Go-Go’s.

Bill and Ted are typical dumbasses who want to be in a band and change the world. One has a domineering father who wants his son to go the military. The other is sexing up a recent San Dimas high graduate and former classmate (“Remember when she was a senior and we were freshmen?” “Shut up, Ted!”). That would be Missy.

The sequence preceding this is a seriously disturbing scene where Mr. Preston kicks his son and best friend, out of Bill’s very own room, to pork Missy. On his son’s bed, no less. This is something that went blissfully over my head when I was younger. Now, I’m traumatized.

You’re looking at one of the few perfect movies. There’s something to be said for a movie that achieves and surpasses every one of its goals, and doesn’t have a flawed note whatsoever. Bill & Ted is exactly what it needed to be, wanted to be, and became something that much more, just like the band that somehow became a religion in the future. As ridiculous as that sounds on the surface, how inspiring are these maxims? 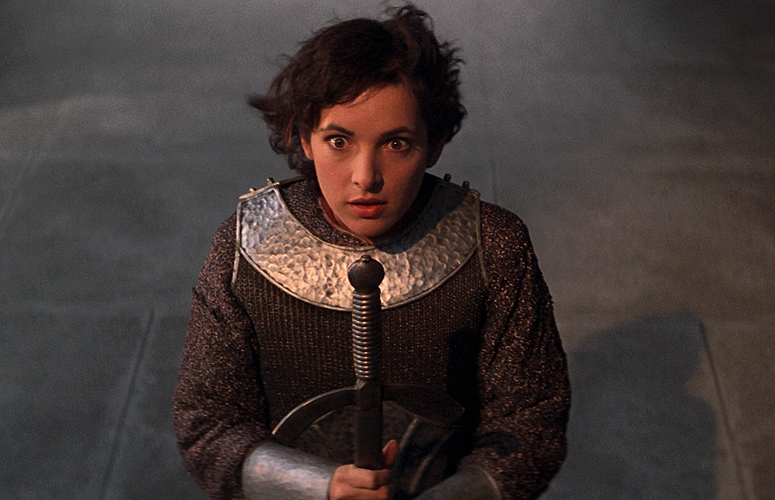 Most inspiring, is the answer, and something I’d get behind a lot more readily than actual organized religion.

I imagine San Dimas, California to only be populated by jocks (“San Dimas High School Football Rules”) and stoners, and the only place where Circle K’s still exist, and phone booths are still in use (outside of the UK). In fact, I plan on driving the 36 minutes east to San Dimas to investigate this very thing in the near future. If there isn’t a shrine to Bill & Ted, or people wearing the clothes of the future and worshiping Wyld Stallyns, I’m going to be most disappointed.

Bill & Ted’s Excellent Adventure is everything. It’s got danger (“I believe our adventure through time has taken a most serious turn”), bodacious princess babes, most heinous time travel plot twists that are purely jokes/cheese here, but no different than some of the logic seen in Doctor Who, Back to the Future or other hallmarks of the genre. The movie is deep:

“Look him up. It’s under So-cratz.” Philosophize with him, dude. While also highly intelligent and fraught with life’s greatest issues and challenges, there are also light moments, such as when Bill & Ted meet their future them’s, and must prove their identity through expert sleuthing:

Plus, it takes friggin’ Napoleon and puts him in a kids water park, a bowling alley and an incredibly 80’s ice cream palace. In other words, Napoleon has the best time in the future. He goes down water slides, eats enough ice cream to kill a mere mortal and goes bowling (which he’s not a fan of). It’s pure brilliance that one of the greatest military strategists and leaders in history is also…a Ziggy Piggy. ZIGGY PIGGY.

All of this happens because Ted’s younger brother ditches Napoleon. Why? “He’s a dick.”

The cherry on top of the Ziggy Piggy sundae is, quite obviously, Rufus, AKA George Carlin, in his finest film role (though this is close):

Every historical figure has indelible moments, but it’s tough to top Napoleon or So-cratz. Or Lincoln. So until we get a sequel, let’s drink along with one of the best films ever made.

1. Every time Bill or Ted say “dude” or a variation of the colloquialism, drink.

3. Drink again, whenever the Earl of Preston and the Duke of Ted shout “Wyld Stallyns!” 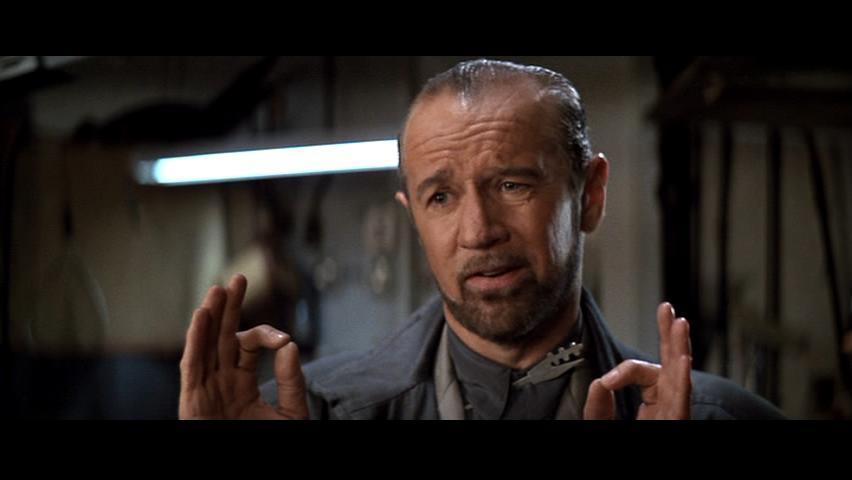 4. Take a drink whenever Bill & Ted encounter/kidnap another historical figure.

5. Sip whenever the phone booth travels in time.

6. Drink every time Bill or Ted say “excellent,” “bodacious,” or any synonym of those words. Double it whenever it’s preceded by “Most.” 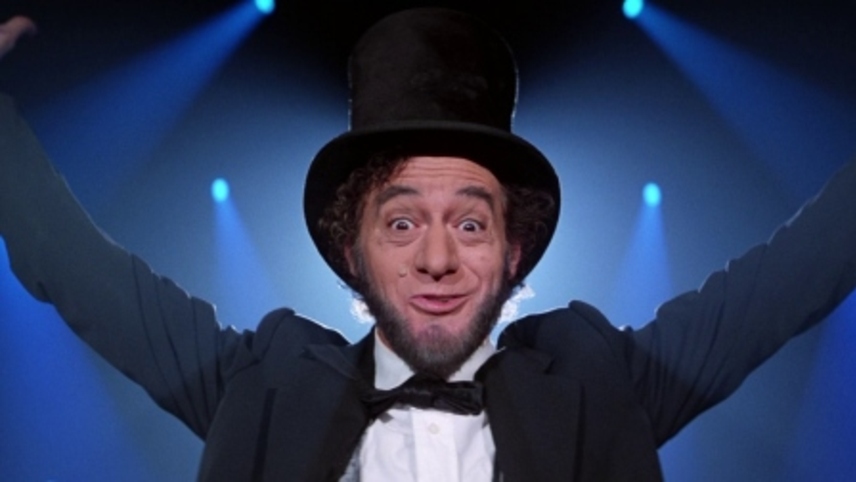 8. You must drink any time someone mispronounces Socrates. And drink double when Socrates introduces himself, because it’s the best.

10. And most importantly: Be most excellent to each other, and party on, dudes!