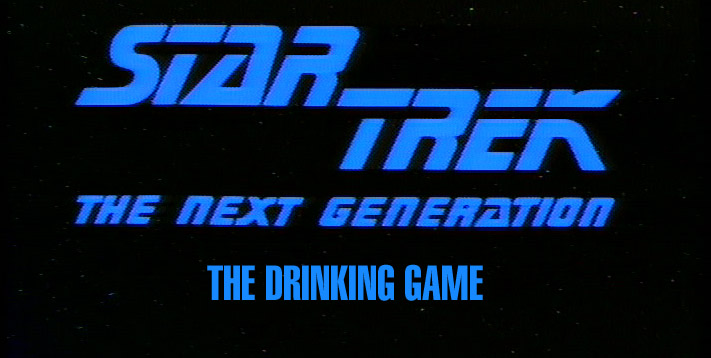 Here is another drinking game. Special thanks to Ken Daniels, Steve Reardon & Dylan Moller for help in making and playing this game. 😉

Star Trek:The Next Generation Drinking Game ONE DRINK IF ANYONE SAYS… Computer Open Hailing frequencies Medical Emergency Energize You Have The Bridge Any Profanity (hell,damn) Away Team

ONE DRINK IF RIKER… Swears (two if it’s Hell. Entire beer if it’s What The Hell Is Going On) Walks forward as though is were trying to knock down an imaginary door with his head Brags about trombone Tries a lame pick up line on some woman

ONE DRINK IF DR. CRUSHER… Can’t figure out some bizarre medical problem

ONE DRINK IF WESLEY… Talks to his mother Saves the ship

ONE DRINK IF O’BRIEN… Talks

ONE DRINK IF ANYBODY… Drinks (four if Picard drinks earl grey tea) Reads a book Is address by first name (two drinks if there is some kind of sexual tension) Appears in a dress uniform Appears in caual clothing (two drinks if it’s Dr. Crusherin a sweater or Picard in his chest revealing bedclothes) Plays an intrament (two dinks Data, three drinks if Riker) Preaches about humanities unique potential Preaches about the Prime Directive (two drinks if not Picard) Implies that Ten Forward is a happening place 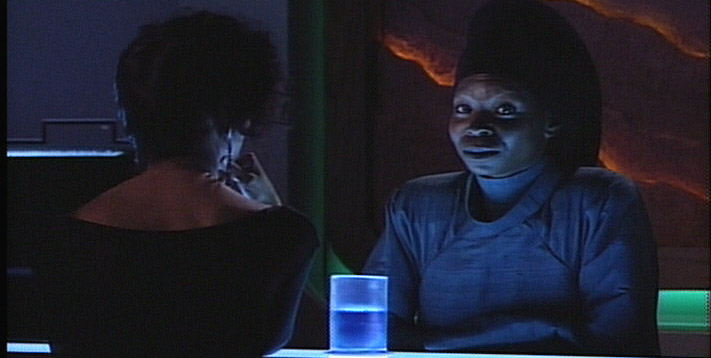 “So this is planet Houston.” -General Zod Superman 2:The Richard Donner Cut –

Top 10 Games Like Stranded Deep That You Need Know