The Mafioso: Gangster Paradise tips and cheats we have for you in today’s article will show you everything you need to know in order to battle your way to victory. If you like strategic games which make you question your decisions, then you’re going to have a blast playing this game!

Not only will our Mafioso: Gangster Paradise tips help you find the best strategy that works for you, but also unlock all the characters and possibly reach the top (with a lot of dedication)!

So let’s not waste another second because Granny doesn’t have all the time in the world for us, and dive right into the Mafioso: Gangster Paradise tips and tricks! 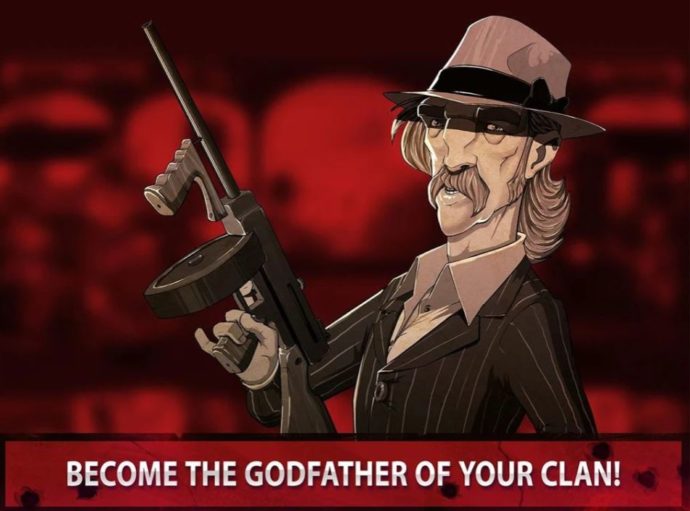 The free chests and a nice and easy way to stock up on goodies for free, because they don’t cost anything and take no time to open. Sometimes you will find some extra goodies inside them which will give you something extra in exchange for watching an advertisement.

I suggest always watching the advertisement whenever possible because you might get lucky and drag the “draw an extra card” card which lets you have 4 draws instead of 3. This is a really good one (my favorite actually) because you never know what might be hidden underneath!

Level up for more daily offers

Whenever you level up multiple times you will be able to unlock more daily offers in the shop, which will let you purchase a certain shard for a hero or a skill. This is great because you always want to keep them upgraded, as that will determine how much damage you can do and how powerful overall your team is.

New daily offers unlock at XP Level 5, XP Level 7 and XP Level 9. After that you will have 6 slots which will refresh daily with new goodies to help you maximize your team’s potential.

I suggest always buying something that you like (and potentially everything if you have the money to do so) because you might find that you are 1 fragment short from upgrading a skill which can determine your win or loss in a battle.

This is a great way to spend your (not very) hard earned coins, but keep in mind that you need coins to pay for the skill upgrade too along with the fragments, so don’t spend everything! 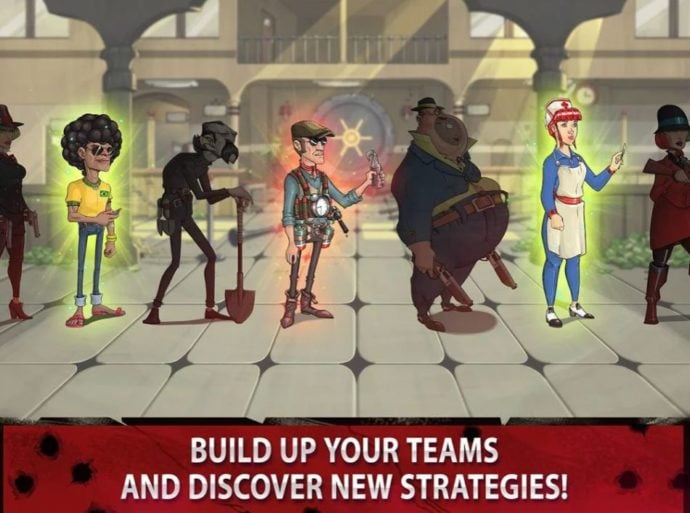 This is where you can draw the line. In this game you don’t have to always win in order to get powerful. That’s great, as sometimes the game might get difficult and match you with a really really strong opponent.

If you realize soon enough that you can’t really win because the opponent’s characters are simply too powerful, focus all your might against one of their heroes and take it down. Whenever you defeat an opponent you will get a Hat.

The Hats are really useful, so collect all the Hats that you can. Since the combat system is an easy 3v3 battle, you will get between 1 and 3 Hats per game, depending on how many enemies you defeated. If you kill 1 of the 3 enemies, you get 1 Hat. If you kill 2 of the 3, you get 2 Hats and if you kill all 3 of them, you get 3 Hats.

Whenever you have collected 15 Hats, go ahead and open a Battle Chest. This is the main goal for you collecting those Hats, because the Battle Chests contain very useful stuff, from skills and coins to heroes. So don’t forget to use them!

Whenever you win a fight you will get a few Trophies. Those trophies will add up to then unlock new areas which come along with new and more powerful heroes. Since your starting point is at the Station (which is 0) and you have 3 heroes from the tutorial, let’s take a look at all the rest of them!

– Station (Starting Point): Stefano Solo, Harry Handcuffs, The Butcher, Fat Frank, Deb Deathshot, Bobby Kaboom and Granny (the most badass of them all!).

– Cemetery (2000 Trophies): The Undertaker and The Zombie 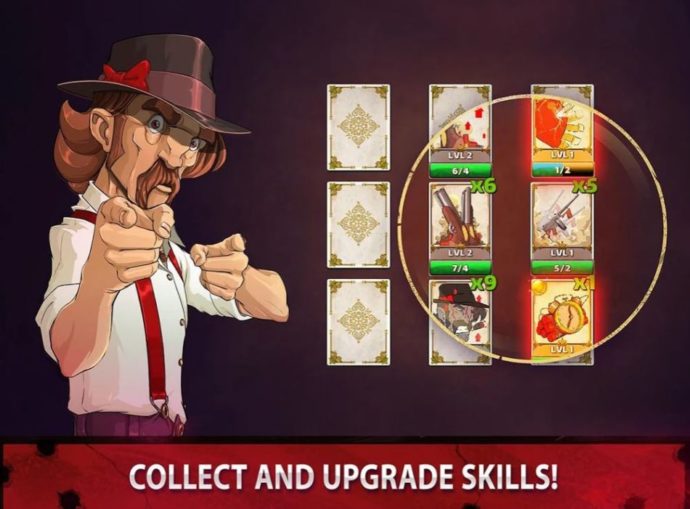 However, there are some more heroes which get added to the game with new updates, such as Takaya Tatsu which we don’t know much about just yet, but by the looks of him it seems like it’s going to be another powerful attacker! We’ll have to wait and find out!

Now back to our areas: they unlock as you gather those Trophies, so you need to play quite a lot to get to the ultimate arena in Italy. It is possible however, so try to win as much as you can and you will get there eventually!

Sit back and watch the TV (the Mafia TV)

This option will let you spectate some games that have been happening in the specific arenas. If you see some heroes that you like or a team composition that you like and has won a game, go watch the playback.

This will help you scout the area for new tactics and strategies and improve your own game. If you are curious to see what a certain hero does, go and watch the Mafia TV. You will learn a lot from watching, especially the heroes that you haven’t encountered yet or you don’t know how to beat.

So keep in mind: analyze, find the weak points and remember them! This scouting technique will let you win more fights in the future. And also on this topic, check out the next point! 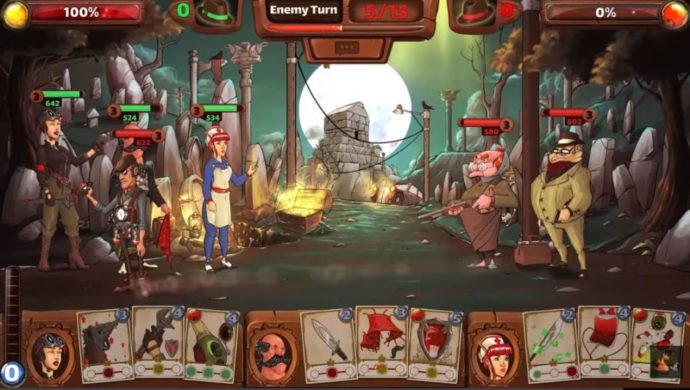 Every battle you will carry is a 3v3 type of battle. Assuming that you have scouted the Mafia TV and learned a little about each opponent as well as their skills, you will be able to tell which enemy is the strongest among the 3.

I suggest always eliminating that one first, because the sooner that enemy falls, the more chances of survival your team has and it’s better for winning the game.

You should always re-watch your lost games

It will happen sooner or later: you will lose a game. Especially at the beginning. This is not a big deal, and you shouldn’t let it discourage you from trying to battle again. I wish someone had told me this earlier, because that’s just how the game works.

You get matched with someone who is in the same Arena as you, but it doesn’t mean they are as weak as you. That means that the person who has got to match with you could have a stronger hero composition than you even if you are in a level 1 Arena.

Always watch back your games and learn from the past mistakes. This will help you do them less often in the future and maybe not at all. It could be that you have targeted the wrong enemy first or you didn’t choose the right skill once. It happens! Learn from the mistakes!

You should try out different team compositions until you find something well balanced which has quite a bit of damage and tankiness. Some supportive skills are good too, but keep in mind that you need to test things out!

The order of importance of traits in a team:

– Attack (the damage you input, it’s the most important)

– Support (supporting your team with heals and damage buffs is important)

First you should find heroes which have quite a high attack damage but are also a little tanky. 0 Tank points means that the damage they take will make them fall in just a few hits, which is not good at all. 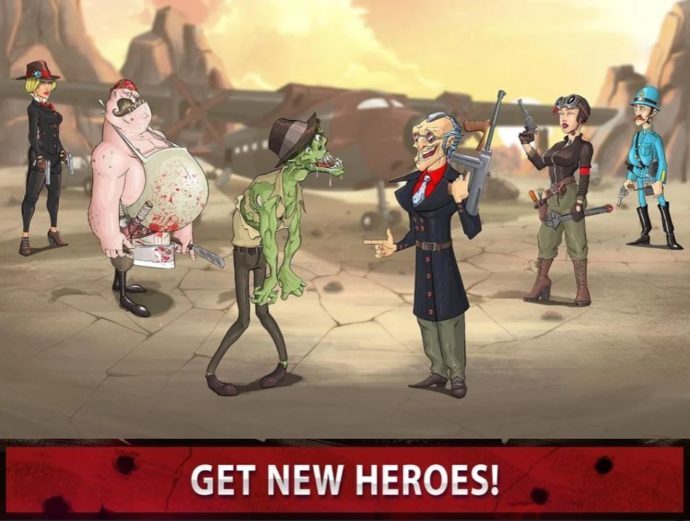 Support is important because it can provide heals, buffs and shields. Try putting together a team that has one of each at least, or two attackers and 1 tank. If you find some balanced heroes, that’s OK too, but you might lack in other place, so you need to try them out!

Use the skills at the right time and upgrade them

You will have several seconds to do the thinking in a fight, so always try to think ahead: Is this skill good? Is this skill going to work if the enemy casts a shield? If this skill enough to finish off the enemy? Am I going to leave myself uncovered and vulnerable if I don’t cast this skill?

These are all questions you need to keep in mind before using any skill. It’s kinda like chess, but with mafia pieces if that makes sense. So do some thinking and use the right skills whenever needed.

Also, don’t forget to use the pieces that you get from chests to upgrade those skills. It’s very important, even that 10 extra damage you might get from one level.

These would be all the Mafioso: Gangster Paradise tips and tricks we have for you right now! If you know some other cool and useful tips, leave them down in the comments below so that everyone can learn them!