The legacies and stories of the dogs included in the Legendary Bear Hound series epitomize what we love about hound hunting. Bearpath Gunner and Shamrock’s Timex, both Plotts, were the first two in our series. In this article, we’ll look at a legendary line of Walker hounds. Dogs that stand out from the pack because of the their drive, toughness, nose and intelligence intrigue every houndsman, beckoning memories of their own hounds. The truth of the matter, however, is that most bear run and treed are done so behind good dogs or even average ones. Legendary hounds are few and far between. They aren’t the norm and you don’t have to have one to have an excellent, effective pack. Though everybody is looking for that great hound.

As we move forward in this series, I continue to be struck by one significant impression. The men and women that have raised and handled the hounds we’ve highlighted, from my observation, have exemplified the true spirit of the houndsman. All of these men have been committed for decades to their respective lines of hounds. They are committed to conservation and the continuation of hound hunting as a viable and valuable aspect of science-based bear management in North America. Lastly, they are upstanding people that have been a pleasure to deal with. None of them have sought ought recognition or are driven by a competitive spirit to out-do another. Though they take pride in their hounds and their accomplishments, they’ve all spoken highly of their fellow houndsman, careful to never take anything away from another handler or breed of dog. I appreciate that.

Keith Huff of Michigan fits right in with the aforementioned qualities. Two data points can be arbitrary, but three data points is beginning of a trend. Keith is the third houndsman that I’ve interviewed in this series. Born and raised in Michigian, now 70 years old, Keith served as the president of the Michigan Bear Hunter’s Association (MBHA) in 1972. Since that time, both of his sons, still heavily involved in hound hunting, have served as president in later years. According to Keith, “The MBHA has been the salvation of our hound hunting in Michigan, along with other dog associations.” One of the prerequisites for hunting with the Huffs is that you’ve got to be a paying member of the MBHA. Keith is a believer in a united hound community, and that strength is gained by numbers.

If you know much about Walker lines, then you are familiar with the Nance line of breeding. Starting in 1932 in Indiana, a coonhunter by the name Lester Nance started breeding a line of Walker Foxhounds that would later be recognized as Treeing Walkers. Nance knew he had an excellent line that was different than their “Running Walker” relatives and had a strong desire to tree. Nance is indisputably credited as the father of the Treeing Walker breed.

Nance’s first Walker was a dog he named ‘White River King.’ Nance promoted his dogs at the World’s Fair in the 1940s and labored diligently to promote this new line of treedog. He first worked with the Full Cry Kennel Club (started in 1940) to officially recognize the breed in 1943. Two years later the United Kennel Club (UKC) began recognizing the “English Coonhound” that would later, in 1978, be officially recognized as the Treeing Walkers, which was what Nance originally called them.

Keith got involved with the Nance Bred line through a man by the name of Roger Redick. In 1947, Redick brought some Nance bred Treeing Walkers to Michigan to hunt bobcats. When Redick hunted, he stayed in a trailer on Keith’s father’s land. Corresponding with the line of dogs arriving in Michigan, in the 1950s, Carl Johnson, a state official with the Michigan Department of Natural Resources, pushed heavily for hound hunting for bears to be allowed in the state. This was the perfect setting for the new Treeing Walkers to thrive in Michigan.

As a teenager, Keith hunted with Redick’s hounds, and to make a long story short, in 1967, after getting out of the service, he took over the Nance line of breeding in Michigan. Since that time Keith has overseen 67 generations of Treeing Walkers. “I am very selective in my breeding. I don’t just pick a pup from a litter, but they have to be good on two sides. The male and the female have to be top notch.” Keith says.

The Nance bred dogs are known to have all the traits that make bear dogs great. In Keith’s breeding program he is looking primarily for four things and in this order: cold nose, speed, aggression and endurance. “The ability to jump game is very important to me.” Keith says. He also added, “Walkers are typically bred for coon hunting in the south and that’s what they prefer to chase, but these dogs love to chase bear. My dogs are also known for their aggression, if they bay a bear they won’t leave.” This may be the defining characteristic of the Nance line that Keith runs. That being said, “We run the same dogs on coyote that we do on bear, but they never run coyotes when we’re in bear country.”

Keith says that the best dog that he’s ever owned was named ‘PR’ Huff’s Rufus. The dog was born in 1972 to a litter of six dogs, which all turned out to be outstanding tree hounds. “Rufus had the best nose of any dog I’ve owned. He had grit, intelligence, common sense and stamina. He was very balanced between ability and intelligence.” Keith recalls. Rufus was also an excellent bobcat dog, but preferred to run bear. One of his outstanding traits was his cold nose. “If a track was made within the last 24 hours, he would tree the bear.” Keith said. His only faults where, “He was a large dog, probably 70 pounds. And When he was older, he couldn’t back track himself very well and he’d get lost.” Keith admitted.

Common thread among the legendary bear dogs we’ve written about has been their performance when they were young. Keith knew that he had a special hound when, at six months old, Rufus jumped out of the truck window and joined a pack of hounds running a bobcat. The young dog joined the race and treed hard. “He was just such a natural.” Keith said.

A second common theme among many great dogs is their ability to handle and be trained. Rufus never had to be led on a leash and he stayed in the house most of his life. Keith said, “When in the house, you would tell him to “go to his room” and he’d go and lay on the his rug and stay there. When it was time to doctor him, you’d tell him to sit down and he’d open his mouth and take medicine. You could tell him to jump in the back seat of the vehicle and he would.”

How many treed bears was Rufus involved with? “We treed between 40 and 60 bears per year and Rufus lived to be 12 years old.” When you do that the math, as a conservative figure, Rufus helped tree over 500 bears in his lifetime. Additionally, Keith estimates they treed between 15 and 18 bobcats per winter during his lifetime, too.

Overall, the bear hunting branch of the Nance line of Treeing Walkers, bred through Keith Huff, have a proven record of being excellent big game hounds. Keith has sold hounds all over the country and literally has dogs from his line in every state that has a bear season. Many people also use them for cougars in the West. Keith has been a member of the MBHA since he was ten years old – that now tally’s to 60 years of membership. He’s a firm believer in the strength and effectiveness of organized hunting associations, and believes they are keys to the future of hound hunting. It’s the legacy of men like Keith Huff that I’m confident will help fight for the rights of houndsmen across the country and continue to preserve the sport of hound hunting.

CV POCKET - The Game of Life in 20 Minutes 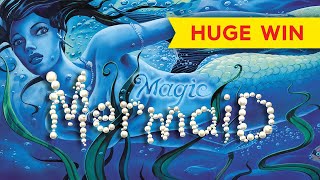